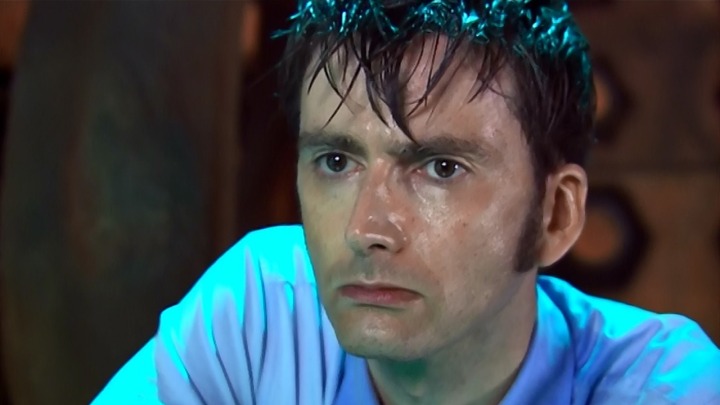 I’ve been watching a lot of Doctor Who of late. All of it, in fact. From the beginning, with my daughter. You see a show different when you watch it with daily intensity. And it was this moment that last night really struck me as the defining one for The Doctor.

It’s the final moment of Journey’s End – episode 13, series 4. It’s not really an episode that struck me when I watched it originally in 2008. But this time it completely bowled me over.

This is the moment Tennant so brilliantly captures the Curse of the Doctor.

Sarah Jane Smith has her son. Martha and Mickey have Torchwood. Jackie returns to her husband. Donna doesn’t even know who he is.

And Rose. Rose has found her Doctor. A Doctor who loves her in a way that THE Doctor was not able to. And THE Doctor has to stand there on the beach of Bad Wolf Bay and watch his imposter steal his dream.

He returns to his TARDIS. Alone with the rest of the universe. Ultimately, always alone. That’s the story of The Doctor and this is the moment that tells it.