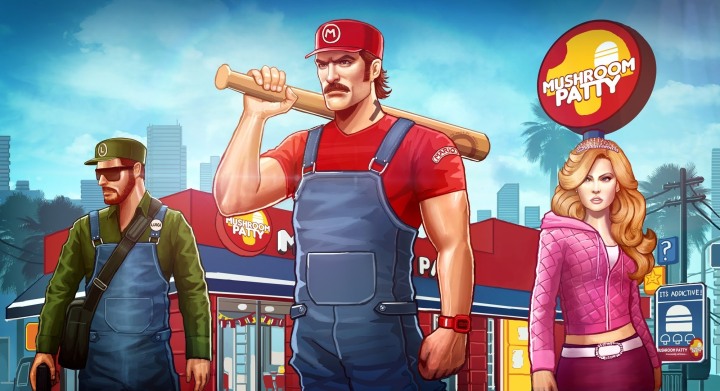 Look, I know I’ve got a reputation for hating on Nintendo, and maybe rightly so. But it comes from a place of love. Just like you, I grew up on Nintendo. Getting a NES for Christmas remains pretty much the best memory of my life. Going to a car boot to sell off toys to buy a SNES is up there too. That’s why it hurts so much to see the company getting it so wrong.

I’ll openly admit I wasn’t a big N64 fan. I enjoyed Goldeneye as much as anyone but a lot of the system’s ‘classics’ left me flat. I much preferred the company’s 2D work. The Wii I of course loved for what it did right but the Wii U was, for me, a real kick in the balls. Although at least it had Super Mario 3D World, which was wonderful. And as much as I adored Game Boy, I never got on with the DS. The 3DS even less so. The hardware, the OS, friends codes, Miis, even a lot of the games – much of it turned me off.

So it’s not like I went into last night’s Switch event with high expectations. But even then I was amazed by how short Nintendo fell of even my most basic hopes. I do worry that this could be a complete disaster for the company. I cannot see how it is going to appeal to anyone but the Defense Force, and as Wii U demonstrated that’s not commercially good enough. Here’s the 10 things I thought Nintendo got most wrong.

Fuuuuuuuuck me. I’d heard from a very decent senior publishing source prior to my MCV evacuation that Switch was going to be cheap and that Nintendo knew that if it wanted to win this war, doing so on price was its best bet. £200 was the aim, they said. Whether that was true or not at the time I guess I don’t know for sure, but regardless the reality is the system will launch at £280. Which is too much. Waaaaaaay too much. PS4 and Xbox One can both be had for less. Even Wii U cost less. The system will not succeed at that price.

Undocked you get between 2.5 and 6.5 hours out of Switch. Zelda can apparently be played for 3 hours. None of which is good enough for a portable machine. All of which basically means it’s a home console, but a home console that’s had its specs crippled so you can take it out, which you’re hardly ever going to do. Dear me.

Sigh. Nintendo clearly didn’t learn from Wii U that £250+ is too much for its hardware. Nor did it learn that 32GB of storage is so wildly insufficient as to be laughable. Is that even enough space to download and install Zelda? Is Nintendo really peddling a portable machine that uses cartridges? Does Nintendo want to sell any digital Switch games at all?

Oh, it doesn’t. Right. Forcing players to pay for online multiplayer can’t really be criticised when PlayStation and Xbox do it. Offering them one NES or SNES game a month – and taking it away at the end of that month – has to be criticised, however. It’s shambolic. It’s also SO Nintendo. Can you even imagine how well a Nintendo subscription service that offered unlimited access to the company’s back catalogue would do? Nintendo clearly can’t.

Not having Mario at launch is a CLUSTERFUCK. Mario has always been the one reliable thing that would always be good regardless of the rest of the dross. So what the fuck is this Mario Theft City thing about? What’s with all the normal people and taxis and skyscrapers and shit? I thought Mario was cartoonish because he lived in a cartoon world but it looks like he’s actually some sort of deformed animal-stomping freak.

I KNOW lots of people think specs don’t matter because it’s all made up for by the secret sauce. I don’t agree. 720p on the quite large screen is going to be so shit compared to the screen most buyers have in their pockets and stare at all day long. And yeah, 1080p is probably fine for now but with 4K being pushed so hard is it still going to be fine in a year? In two years? Is there any other tech company on the planet as outdated as Nintendo?

Look, I don’t give a toss about video sharing myself but isn’t it pretty much the most Nintendo thing in the world to offer a dedicated sharing option but limit it to screenshots? There’s something kind of beautiful about it, really. Are we getting Friends Codes too? That would be perfect.

Thought I’d try and say something nice for my last point. Erm… Zelda looks good, I guess, although I’m not sure it does anything we haven’t already seen done already years and years ago. Erm… I think Switch also includes a power cable, which is am improvement. Erm… the screen is multitouch? Come on help me out here.