Over the last couple of weeks I’ve chosen to re-focus my collection a bit. Staying focused is always tough, and I’d got to the level where the spending and space requirements were spiraling a bit. So I’ve decided to focus mainly on Masterpieces from characters in Transformers: The Movie (which ultimately is the thing that’s dearest to my heart), my Optimus Prime collection and some select CHUGs mainly spanning Titans Return and Combiner Wars. 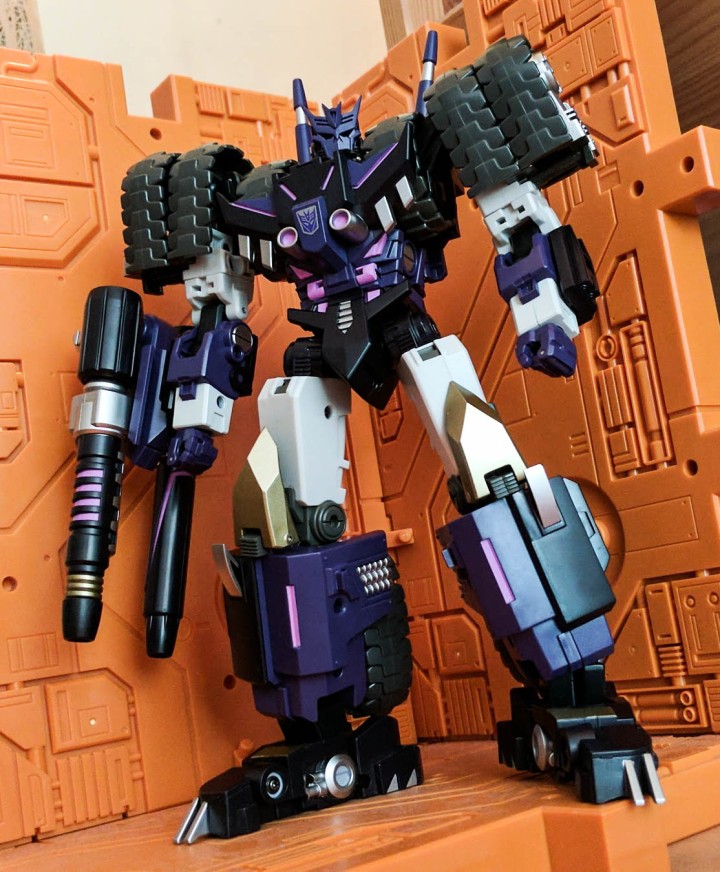 That also means that, having previously sold DX9 Chigurh, Gewalt and Allen, I’m only a handful of figures away from being ‘MP Complete’ – Blitzwing, Astrotrain, Springer, Kup, Arcee, Dirge, Huffer and Cliffjumper. On the presumption Fanstoys announces an Astrotrain, that will complete the bulk of these, along with Badcube’s v2 Huffer and Takara Dirge. And with XTB Cliffjumper on the cards, even he will be ticked off (although I’d much prefer an alternative – and no, not that awful Acetoys thing!).

That has meant saying goodbye to some mighty fine figures such as Fanstoys Lupus, MMC Terraegis, Badcube Lorry and some non-MP stuff like the wonderful Unite Warriors Megatronia.

Nonetheless, two precious spaces in the Detolf remain for non-TFTM Masterpieces, which currently are devoted to figures I love too much to part with like Maketoys Contact Shot, MMC Carnifex, XTB Arkose and MP Tracks, along with some character duplicates like Maketoys Despotron, Fanstoys Quakewave and MP Grimlock.

It also means I have a few pre-orders on the way who strictly speaking no longer fit and must fight hard for that precious space. FT Pheonix is an example – a figure I love, but may be forced to sell on. Another turned up today – MMC Kultur. I’ve always thought a transformation should only ever be as complicated as it needs to be, but on first impressions I wonder if this guy is too simple?

2 thoughts on “Trimming Down”