I’ve clocked 107 hours on PlayerUnknown’s Battlegrounds since I bought it on April 11th. This may or may not sound like a lot to you but it most definitely is for me. In fact, I’ve only ever clocked more hours on one other Steam game – Dark Souls II. And I’ve played it more than Dark Souls III, which astonishes me. 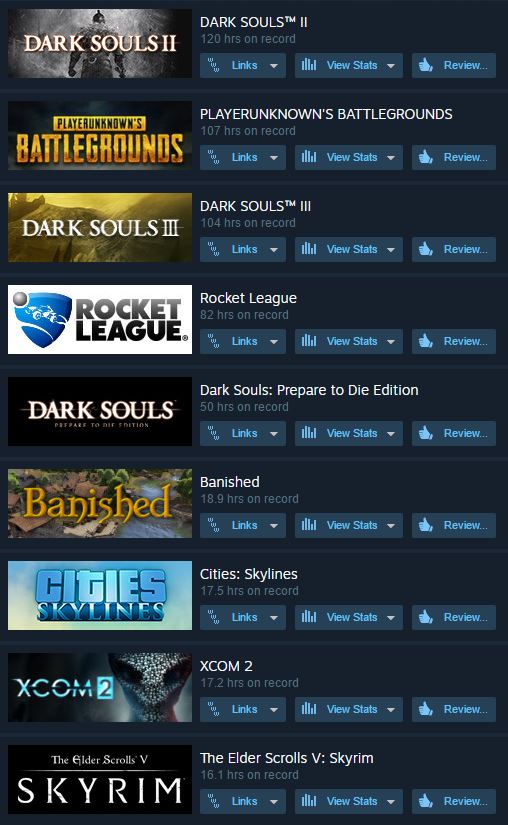 Of course, there have probably been games I’ve put more hours into in the past – Sensible Soccer (SWOS 96/97), some of the early Pro Evolution Soccers, maybe Super Mario Kart. But I’ve certainly never put in so much in so little time. I adore it.

So here’s a few snippets for those who are interested. In this video our group wins and I survive until the end. I also claimed my first solo win recently:

Also check out this incredibly ridiculous round (which I was forced to spectate due to a glitch). Oh and I also uploaded another absurd finish to my own YouTube page.

I could write at length about this amazing game, and I might, although I’m trying really hard to get into the mindset of not writing about games unless I’m paid to do so. Which still feels very odd.