Combiners are perhaps the best example of the trade-off a design team has to make. Every Transformer is a delicate balancing act between robot, alt-mode and transformation. Whether you prioritise the look of the robot on your shelf or the feel and enjoyment of one in your hands is always the determining factor (aside from finances, perhaps) that what sort of collector you are.

On first impression Hasbro’s new Power of the Primes Predaking appears to prioritise play. Robot and, in particular, beast modes are fairly basic – a bit Fisher-Price, even. Razorclaw, in particular, looks like he was designed to “awwwww CUTE!” the Autobots to death. It’s a bit absurd, really.

Then you get to the combined mode and suddenly… you understand. 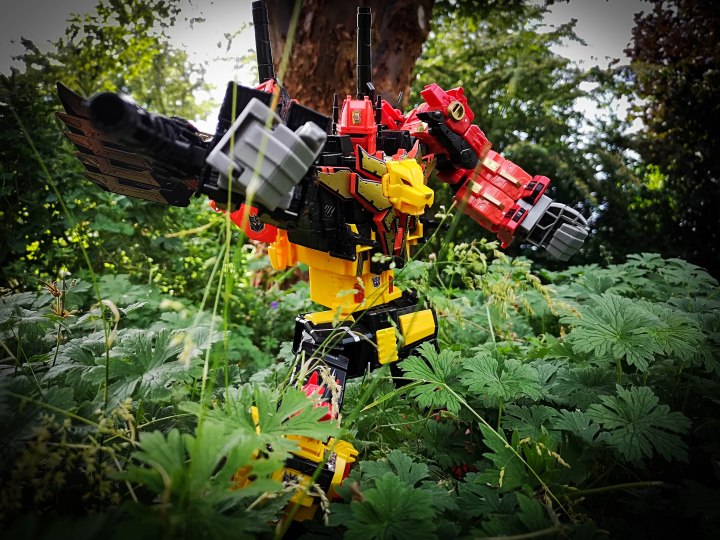 I’m not sure I’ve ever come across voyager-sized bots with such simplistic transformations. Which is great, in some ways, but certainly the individual bots suffer as a result. The bots have their charm although I shall admit that the beasts are… an acquired taste. I do think as a set they work, although they are not going to be a natural fit on a Masterpiece shelf.

Every design decision makes sense, however, once you combine them. I own a lot of combiners (and have sold a lot) but I don’t think it’s unfair to say that, hands down, Predaking has the best combined form I’ve ever handled. It certainly tramples on Feral Rex, in my opinion – which, incidentally, is a set I once owned but have since moved on. MMC’s posse has lovely individual bots but that combined mode suffers from subjectively odd proportions and objectively poor poseability. These are precisely the two things that Hasbro’s bunch absolutely nail.

I’ve never encountered such a poseable gestalt. It’s glorious. Yes, I’d even rank it alongside (and possibly even ahead of) Toyworld’s incredible Constructor. It’s that good.

Predaking’s proportions are absolutely on point, sidestepping the lanky-arm syndrome found in Combiner Wars. How do they do this? The thighs, which are not so inconspicuously hidden in Headstrong and Torox. Hasbro could have done a Toyworld and simply included a completely separate hip and thigh section (a solution I’m perfectly comfortable with, by the way) but decided against it, presumably in the spirit of play.

The inclusion of these in-built thigh sections mean that the proportions of the limbs are far better than we’ve seen before from Hasbro – as is the sturdiness of the legs. The whole thing is incredible.

For me the sacrifices made to the individual bots are completely justified by the unbelievable success of the combined figure. I cannot wait to see how he looks when a third party (Perfect Effect, presumably) releases an articulated hands and sword set. And I’ll most definitely be there. 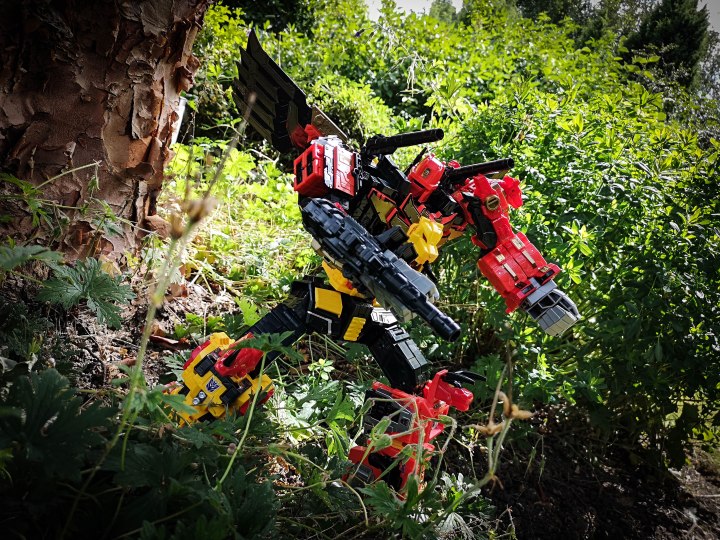 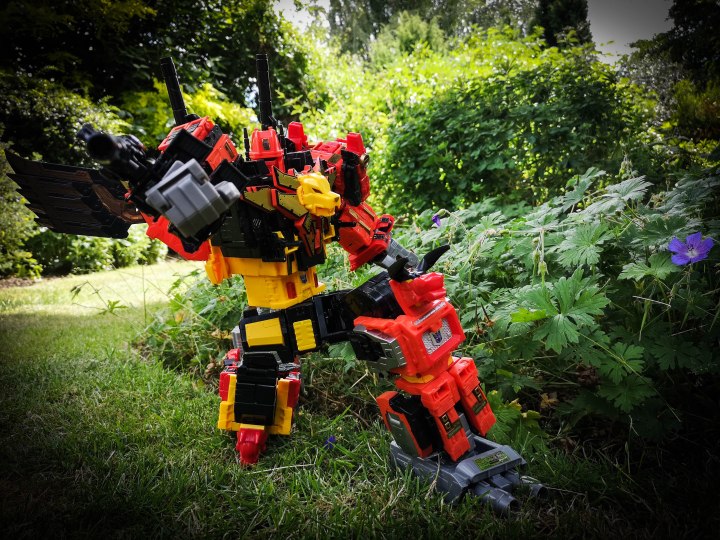 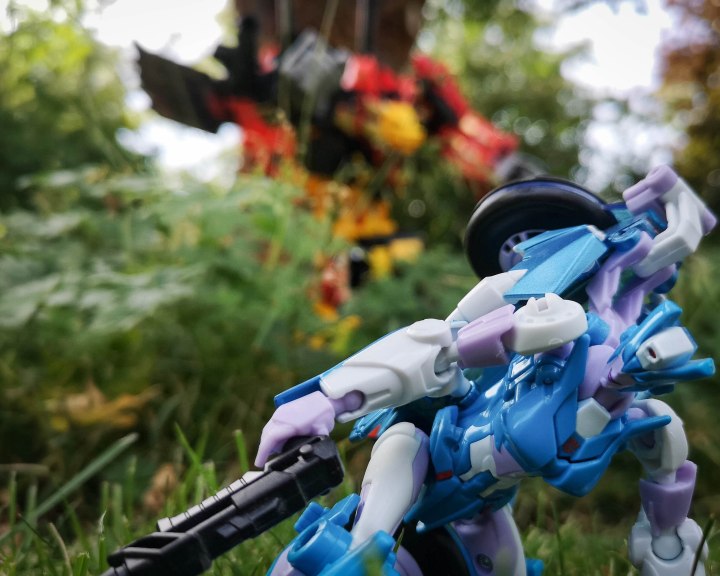 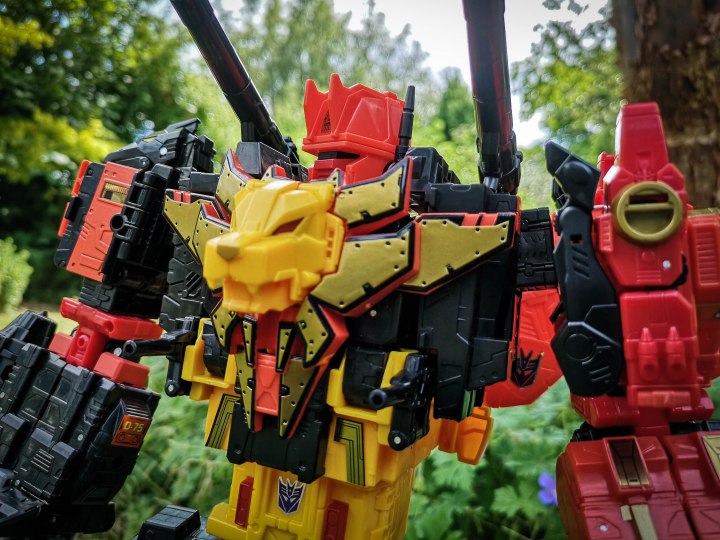 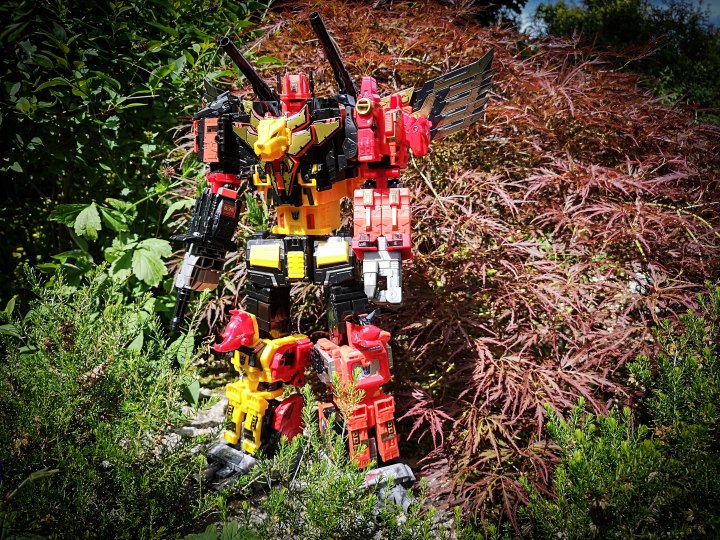 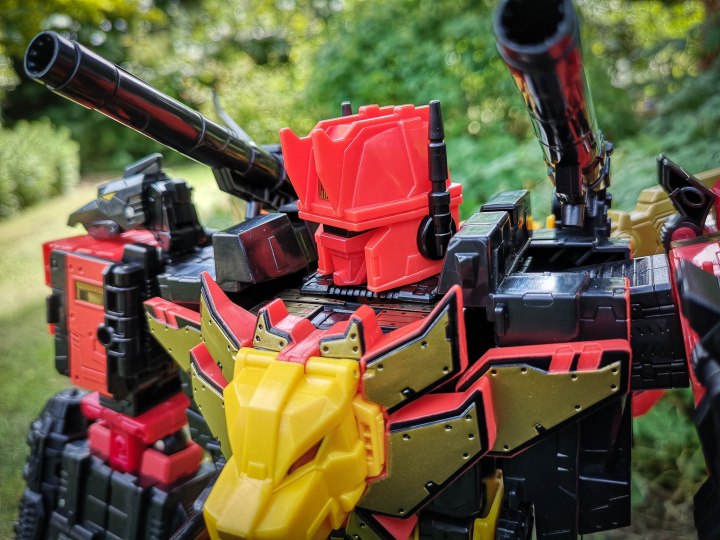 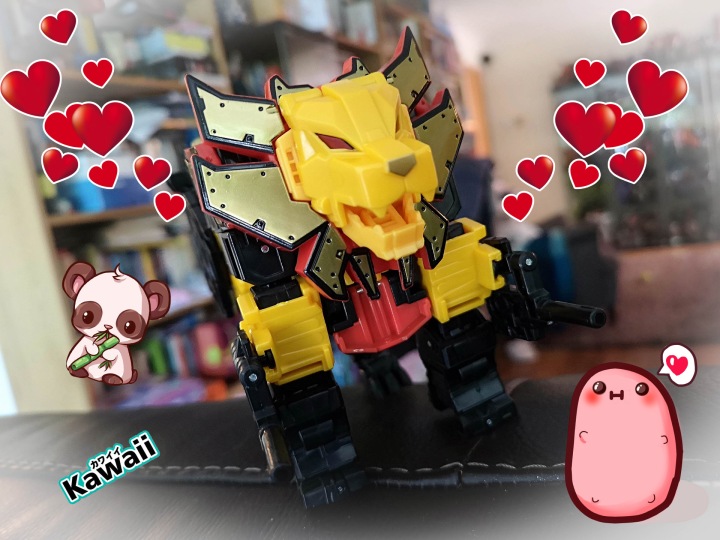 One thought on “Hail to the King”