One of the things I’m most enjoying about MP-39 Sunstreaker is exploring how his differences from MP-12 so ably demonstrate the evolution of the Takara Masterpiece.

It’s easy to forget that the Masterpiece line has now been going for over 14 years, which is a huge amount of time for toy technology – as seen by the dramatic changes that we’ve seen in the mainstream legend, deluxe, voyager and leader releases during this period. Modern deluxes like Triggerhappy, Brainstorm, Kup and Swoop are a world away from 2004-era equivalents such as Alternators/Binaltech and Transformers Energon.

Takara Masterpiece underwent a very public reboot in 2011 with the new MP-10 Optimus Prime (although arguably 2009’s MP-08 Grimlock was the real reboot) but it has since seen two further direction changes. 2016’s MP-27 Ironhide signalled a swerve towards cartoon accuracy, but 2017 again arrived with its own strategic alternation.

MP-36 Megatron showed off a new Takara that had clearly been paying attention to the third party market. The new Megatron was significantly more intricate than any Masterpiece that had come before, which a much higher parts count, a vastly more involved transformation and an unprecedented level of articulation and screen authenticity. This all came at a price, however, and his £160 (or so) RRP was a turn off for many. The same applies to MP-39 Sunstreaker, who boasts all of the same design choices as MP-36 along with the same increase in cost – between £80-90 depending on where you get him, which is approaching twice the price of the later MP cars such as Smokescreen, Wheeljack and Tracks.

Much of the fandom has been resistant to these changes, and to be honest I’m not sure where my opinion lies. MP-36 was a complete triumph (and ranked 2nd in my 2017 Top 10), and had Sunstreaker landed at my house a few days earlier he undoubtedly would have ranked high in the list too. Despite the leering online crowd, I’m quite happy with cartoon accuracy. And who doesn’t like improved articulation? Indeed, just look at the reception granted to Maketoys Meteor, who has been widely described as the Masterpiece MP-11 (or at the very least the Coneheads) should have been.

Putting Sunstreaker side-by-side with his brother perfectly demonstrates just how much the line has changed. Sideswipe has significantly fewer parts (I’d estimate less than half – a third, maybe, or perhaps even a quarter) and less articulation (90 degree elbows and knees, no shoulder butterflies, an ab crunch that requires de-transformation) and fewer tricks (those exposed empty lower legs). At the same time, however, Sideswipe’s transformation is hugely enjoyable and can be completed in a few minutes. Sunstreaker’s transformation is significantly more involved, and is proving a big point of contention for some (although in reality it’s little fuss at all for us 3P aficionados). Takara has taken the 3P approach and run with it, proving it’s yet again top of the class. Badcube Sunsurge’s transformation is just as if not more involved, but there is simply no comparison between the two releases. Takara trounces it, while also sporting better modes.

Designing a successful transformer is a delicate balancing act. Your ideal is a well articulated bot and solid, kibble-less vehicle with as simple a conversion as you need to get between them. Flourish can be added if you like (such as Takara’s trademark ‘magic’ transformation moment), but simplicity and enjoyment remains your goal. The designer’s decision, therefore, typically then becomes whether to sacrifice aesthetics and authenticity for a simple transformation, or instead to create a more authentic figure, the cost of which is normally a more involved transformation. The best toys are the ones that pull off the lot, but they are few and far between. Far too many 3P MPs look the part while requiring a hellish transformation, while mainstream toys will typically sacrifice looks in the quest to achieve accessibility.

Neither approach is right or wrong and what you prefer purely comes down to personal opinion. Sunstreaker undoubtedly offers more authenticity and more articulation, but at the price of a far more involved transformation. The thing is, though, Sideswipe still boasts a great bot and a great alt, but with a very enjoyable conversion between the two. What balance works best for me? I think MP-12 is the better overall package than MP-39, all things considered. The sacrifices it makes, I think, are worth it for that added play value. Even if a figure spends 99% of its life static on my shelf, I gain a tangible pleasure from knowing the magic it contains within. I still struggle to understand Transformers collectors who do not transform their toys. Let them live.

That’s not to say that Sunstreaker isn’t a remarkable achievement nor that I’m unhappy with Takara’s current direction. They remain the best of the best (although the best 3P companies are nipping right at their heels). But personally, given a choice, I’d happily see Takara tone down the complexity a little and perhaps lose a little of the flair if it got us back to those triumphant MP transformations of the past. That’s not something I can envisage them doing, however… 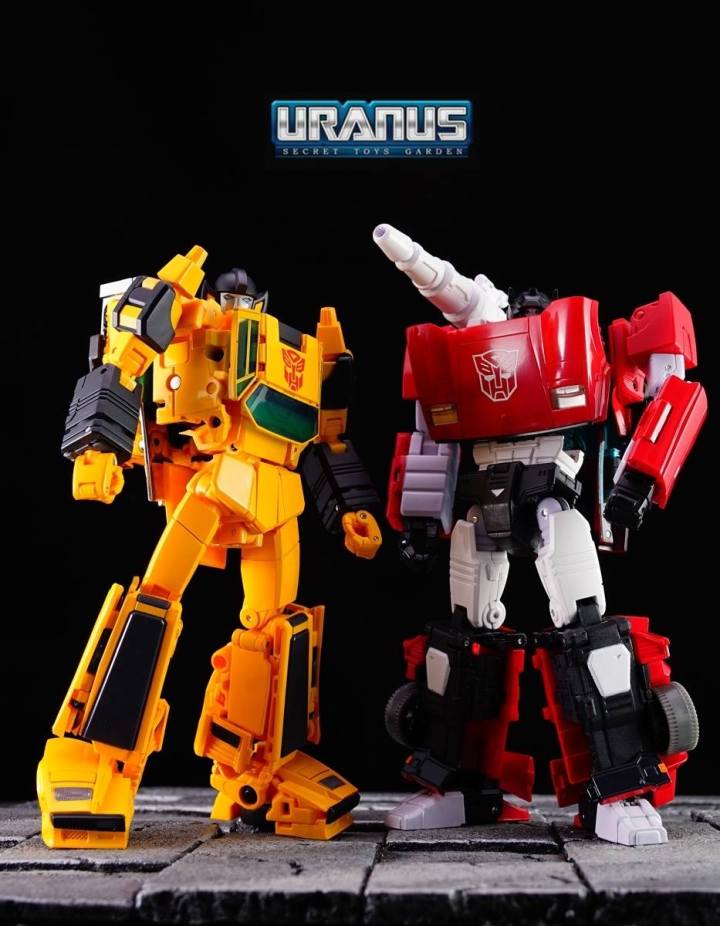 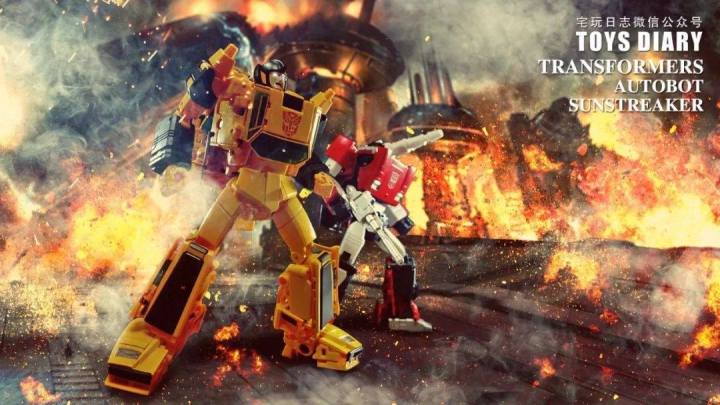