Fanstoys’ Transformers: The Movie range grows further, and with an MP I’ve been dying for. I do wonder though when the adulation for this company will start to wane. Its first release, Quakewave, was a classic, but sadly still probably the best figure the company has released.

What does Fanstoys do well? Its stuff looks great on the shelf. The robot modes are always spot on. More often than not, the vehicle mode is too. The materials are always great and they certainly have a premium ‘feel’ in the hand. Like Koot – which is hugely flawed but a bot I still grew to love – Rouge looks terrific in both modes, but the journey between them? No fun at all.

I’ve also had issues with both of these figures. My Koot had a stuck mechanism in his chest that required tools and a shit load of silicone grease to get working. My Rouge has a headless screw in the chest which means I can’t swap out the ‘booby’ chestplate for the more sensible ‘toon alternative. They add to a list that contains Stomp and Grenadier of FT bots I’ve had trouble with out of the box. I’ve legitimately had fewer QC issues with X-Transbots.

Honestly, I appreciate what FT does well but for me it’s not an A-tier company on the level of Takara. Really, Maketoys are the only 3P who can claim to be in my opinion.

All of which sounds hugely negative when you consider that I own a lot of FT bots and really do like some of them very much. I think I’m dwelling on this because I was surprised how reserved my excitement was upon Rouge’s arrival yesterday, yet not surprised that really she has all the pros and all the cons that I expected. 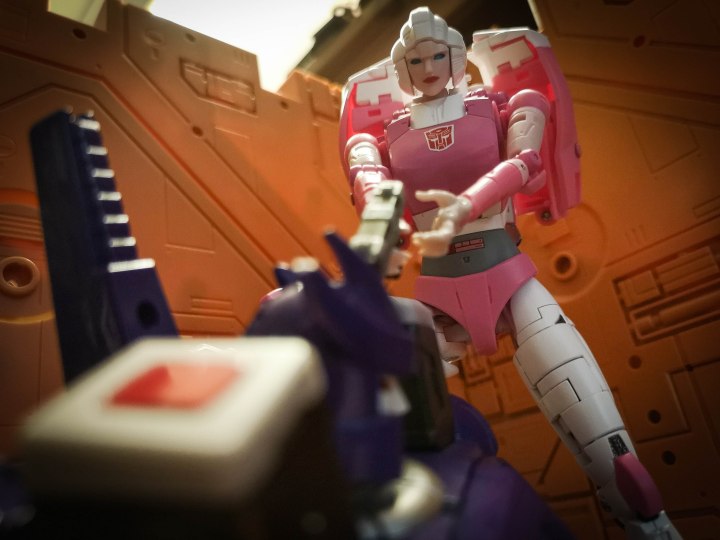